Phases of the Moon part 2

When two planets are at 60 degrees from each other, they are said to be sextile.  The symbol for a sextile aspect looks like this:

When the Moon is sextile the Sun it appears to be a crescent.  In the sky it can look like the Cheshire cat's smile or a glowing fingernail!  On our calendars it is symbolized in one of two ways:

When the Moon is sextile the Sun in a natal chart it appears like this: 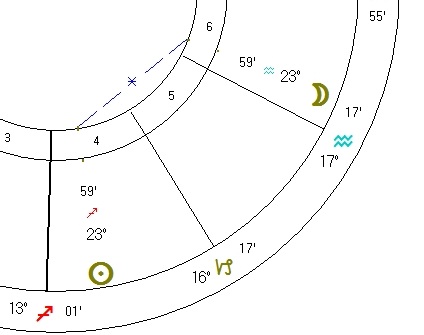 Notice the glyphs for Sun and Moon as well as the line connecting them with the sextile glyph along the line to clarify how the two points are aspected.

As another example, here is a chart containing Jupiter sextile to Saturn: 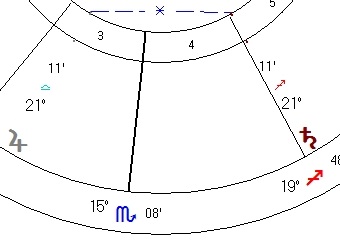 A sextile is considered a more harmonious aspect as well as a slightly weaker one.  The way the planets work together will both be distinct from each other, but they will also have occasion to move towards their purposes in mutually beneficial ways.